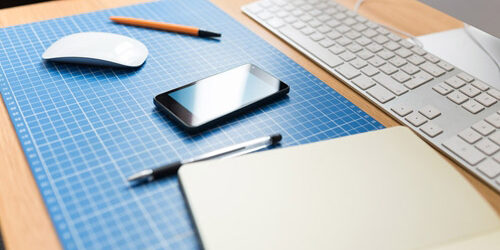 Last year in 2015, Mobile Developer just made the list at the 23rd spot. However, this year, the role has shot up to the top at number five. Though it was not on last year’s list, UX designer made the cut this year at number 18 and will continue to rise as an in-demand job.

High Demand for the UX Designer in 2016

The demand grows for user experience professionals who can create websites and develop platforms for people to use with ease. Several creative marketing firms have particularly taken interest in people who carry user experience design skills. Companies are beginning to take the end user into account in a website lifecycle, from production to continued SEO and analytics. The more captivating the website or platform, the more eyes they could draw in.

Both Mobile Developers and UX Designers constantly thinking about the end user. User experience has become a critical part of any business. If the experience is positive and the user has an easy time navigating through the app or website and feels engaged, the user is more likely to look at the brand in a positive light.

“Mobile users are 5x more likely to quit their search if the website isn’t optimized for mobile.”

Optimizing the Job Application Experience to Attract a UX Designer

According to Experience Dynamics, mobile users are five times more likely to quit their session if the website is not optimized for mobile. Instead, 79 percent of users will turn to another site that is optimized for mobile to complete their session. However, there are still several websites out there with this problem who are desperately in need of a UX Designer or a Mobile Developer. Approximately 96 percent of users have encountered a site that is not optimized for mobile, and most have had multiple website encounters. Since the rise of Mobilegeddon in 2015, mobile search ranking has become even more important. Now mobile sites can be ranked on Google and placed higher – or lower – on mobile search sites. However, if a site is un-optimized for mobile, it will never be found. Luckily, Mobile Developers and UX Designers can step in and make a mobile-friendly site that performs better on Google.

Thus, the demand for UX Designers and Mobile Developers continues to rise. About 71 percent of publishers believe that a well-designed mobile website with creative content helps boost user engagement. With easy navigation, users are more productive and will continue to read and click through the content. This experience matters for companies looking to get a raise in revenue and business. According to Email Expert, for every $1 spent on email marketing, the company gets a return of $44.25, which is pretty impressive. Email marketing helps drive users to mobile-friendly sites, where they can go through points of conversion.

What Does a UX Designer Make?

UX Designer and Mobile Developer salaries aren’t too bad either. Aside from ranking what jobs were most in demand for 2016, Glassdoor also ranks the best salaries for 2016. According to the website’s data, on average, UX Designers can make upwards of $130,000 per year, which is certainly a degree well spent. Mobile Developers are not far behind, making around $90,000 a year.

Clearly, web design and development are hot areas to be in right now, and it most likely will remain that way. If you are in these areas, keep your skills sharp to stay on top of the game and impress employers. With a growing need for these skills, employers should continue to find ways to retain this talent.