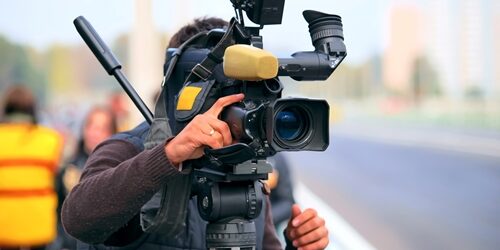 Businesses across a wide array of industries are flocking to video content marketing. The adoption of new online platforms is growing and marketers are taking advantage of this by focusing on creating sharable videos. Video content diversifies an advertising strategy and can be placed in a wide range of networks to get the greatest views.

According to a video infographic titled “Going Social: The State of Video in 2013,” produced by UberFlip, every month approximately 40 billion videos are streamed in the U.S. Sources for the infographic include Cisco, Vine, comScore and Instagram. In addition, every month 75 million people watch online videos, which is about a quarter of the U.S. population, reported MarketingProfs.

The break down of content distribution by comScore’s findings:

By 2015, $6.3 billion will be spent on video advertising, according to the study. Already YouTube is the second largest search engine as more than 2 billion videos are streamed every year on the network. These figures are hard to ignore and many marketers, especially those trying to gain the attention of employment agencies in Baltimore, are working hard to prove useful past experience with video that can demonstrate ROI for employers.

Combine video-content types for success
A comScore study has found that professionally produced video content and user-generated product videos show an interesting synergy in marketing campaigns that drive sales. The study evaluated a marketing campaign that used a combination of professionally produced “how-to” videos and a user-generated product video that was created and submitted by an actual consumer. The combination was successful in boosting sales.

“This study aimed to answer a critical question for today’s digital advertisers: ‘how do user-generated videos complement professionally-produced content, if at all,'”said Frank Findley, Vice President, Research and Development at comScore, according to the press release. “What we found was strong evidence of incremental benefit with exposure to both forms of media. In the campaign examined, professionally-produced content and product videos drove strikingly higher lifts when used together than when either was used individually. While marketers may already be familiar with the effectiveness of professional video content alone, these results suggest that even greater returns can be had by combining their use with authentic, user-generated content.”

A customer produced review has no real reason for bias, which means that viewers are more likely to trust the opinions expressed by the individual. In contrast, many customers will feel that the company most likely has the best understand of how a product or service is used and will go there for a trusted resource.

According to a second round of research on the topic, comScore found that the percent of the audience with a positive response to the video content was increased when they saw a combination of professional produced and user generated content.

In each of the trails, the combination of user generated and professionally produced content was found to create more positive results.

“It seems that professionally-produced content and user-generated product videos are each successful at delivering different key elements to a consumer through video ‘advertising’,” said Jessica Thorpe, Vice President of Marketing at EXPO, according to the press release. “We found that consumers perceived feature benefits as more believable when coming directly from the brand through professionally-produced content, while the unbiased user-gen videos were more believable in verifying specific product claims, such as superiority and convenience. When used together, all of the perceived gaps get filled in and consumers become more confident in their purchase decision, resulting in better sales effectiveness from the advertising.”

As video content begins to play a larger role in media consumption, it will be important for marketers to understand how to leverage this product for a greater ROI.