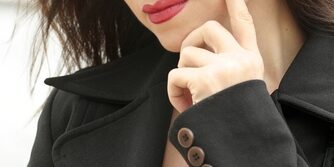 As previously mentioned, decision making is often impacted a number of factors. As a result, marketing professionals, especially those vouched for by a creative staffing agency, must be wary of the slightest detail when creating campaigns to better ensure their success.

4) One word can make or break a campaign. It may seem strange, but just one word out of an entire article or commercial can drastically impact the success of a campaign. The use of the right word can make a campaign stand out in a positive way for a customer or it can make a product or service desirable. Noreena Hertz is an internationally noted speaker, an economics expert, and the bestselling author of “Eyes Wide Open: How to Make Smart Decisions in a Confusing World,” which uses scientific research and real-world examples of the factors that influence our decision-making. She has recently explained just how powerful one word can be in the middle of a campaign to MarketingProfs.

“There was a wonderful experiment done at an American university where participants were given a passage about a fictional city, Addison, a city that was plagued by crime. The two passages that the two groups were given were absolutely identical, the only difference was one word in a passage of 79 words. In one, it said  crime is a ‘beast ravaging the city of Addison.’ In the other it said crime is a ‘virus ravaging the city of Addison.’ Then they asked the two groups what should be done about crime, and the group who had the passage with the word ‘beast’ in it…all the strategies they came up with were ‘catch and cage’ strategies: we need to hire additional police officers, we need to build more jails, that sort of thing, so really ‘let’s attack the beast,’ whereas the participants in the group who got ‘virus’ in their passage, that was all about ‘let’s put in place crime prevention strategies. Let’s implement educational reforms. It was all about treating the illness. And when you asked people afterwards ‘why did you come up with this particular solution for dealing with crime,’ only 3 percent of people knew that it was because of the metaphor used, so there’s so much going on…so many things we’re not aware of that are steering our decisions,” she said.

5) Past experiences. One of the greatest factors for decision making is in fact the past experiences of the individual in question. Unfortunately for marketers, not every person has the same history, which makes it significantly harder for a creative agency to create a plan of action that is guaranteed to speak to everyone. While demographic research does provide insight into the needs, wants and background of people of a certain race, geographical location, age and  gender, it is not a cure all for determining what campaigns are going to succeed for what group of people.

6) Using expert testimony. Lawyers and judges are not the only people who know the power of expert testimony. Calling in an industry expert to weigh in on a product or service can drastically impact the validity of the claims made in advertising. Marketing professionals who are working in the healthcare and technical fields especially understand that having products and services reviewed, measured and commented on (even if the reviewer’s comments are not always positive) can go a long way in proving the worth of the product.

“A study was done where people were put into an MRI scanner and their brains were scanned as they processed experts’ information and advice. When experts gave advice, what you could see on the brain scan was that the part of the brains that we use to make independent decisions literally switched off. So, people trust experts and believe what they say, whether they are right or wrong. If the last (few) years have taught us anything…it’s that experts frequently don’t get things right,” said Hertz.