5 Companies Dominating Pinterest Marketing and How You Can Too 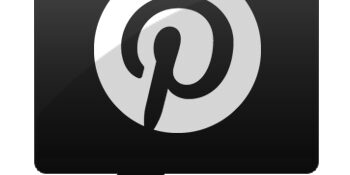 As a company’s digital marketing director, you may be thinking Pinterest marketing seems like a simple way to expand your strategy. However, there is more to the social media site than uploading and sharing pretty pictures. Pinterest itself highlighted several brands that used the website to their advantages, including the following five companies .

The benefits of Pinterest for BuzzFeed are expansive, including serving as a source of inspiration for articles. It also allows articles to have an extended lifecycle as people stumble upon related pins. Analytics showed that a lot of jumps from Pinterest go to articles published more than two months prior.

According to Pinterest for Business, BuzzFeed found that there are two kinds of pins, and both are valuable for company insight. Some posts are so visually attractive that people will pin them to a board but never read the content. There are also posts that are interesting, which draw readers in but don’t earn a pin.

BuzzFeed’s advice for people working in marketing jobs who use Pinterest marketing is to make pinning from mobile easy, write intelligent descriptions for pins, and keep trying or adapting categories for different boards.

Lowes finds value in its Pinterest presence because pinners can help validate trends that guide the company. Pinterest allows Lowes to stay involved in the Do-It-Yourself scene through its various home improvement boards.

Sony decided to join Pinterest because it wanted to target a more lifestyle-oriented demographic. Its products were already being pinned and shared, so boards were created based on those concepts. A few examples of popular Sony boards are vintage ads, new products, and unique items.

Sony’s leap to Pinterest was so successful due to a series of visual emails telling customers about the new profile. The following launch email featured a “Pin It” button, permitting viewers to add products directly from the message to their personal Pinterest boards. According to Pinterest for Business, Sony advised other companies to think outside the box when creating boards if they want to reach new audiences.

Petplan Insurance researched pet boards before launching its own Pinterest profile using pictures from its magazine “Fetch!” Once the cute pet pictures took off on the site, Petplan created informational boards, including one that focuses on pet health tips. Pinterest for Business reported that after two months of Pinterest marketing, Petplan was added to Social Media Delivered’s Top 20 Companies on Pinterest. Pinterest became more valuable than Twitter for Petplan, generating a 69 percent increase in page views and a 97 percent increase in on-site time.

The ways Petplan reached success included optimizing the site content for Pinterest and adding a pin function to its website, social media pages, and email signatures. Petplan set out to grow the overall pet insurance market by targeting people interested in animal welfare, as described by Pinterest for Business.

The hotel giant started its foray into Pinterest with one main brand account before expanding its presence to more than 80 profiles for individual locations. The specific Pinterest pages were tailored to the region and demographic of guests. A few examples of items that Four Seasons typically pins are recipes, art, travel quotes, and fashion. According to the success story in Pinterest’s business section, targeting brides-to-be proved to be a worthwhile venture when website traffic increased 60 percent after the launch of a single promotional board.

Four Seasons saw a 1,000 percent increase in daily visitors to the Pinterest profiles and a 1,700 percent growth in the daily average clicks from a Pinterest board to the company website. One of the ways it attracted guests was with an option called “Pin.Pack.Go.” This allows people to create a custom itinerary with a Four Seasons expert employee via a group board. Four Seasons told Pinterest for Business that they have seen a lot of people starting Pinterest accounts just to use that service.

The company recommended people in brand marketing jobs use rich pins, improve performance based on analytics, and expand to multiple accounts if it makes sense.