Hollywood and The Age of Digital Marketing 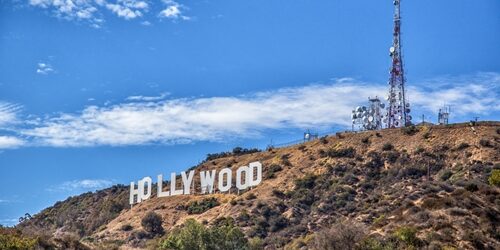 When consumers think about a film’s budget, it’s unlikely they consider the costs of advertising and marketing. The traditional way to market an upcoming movie is through television ads, billboards and printed ads. However, a shift has begun within the industry as more companies realize the importance of a digital marketing director.

According to FilmSchoolRejects, a movie has to gross roughly 1.5 times more than was spent on production, marketing and distribution for revenue to surpass the break -even point. This has been difficult for the big-name studios in recent years as they have hesitated to market through social media and other digital channels.

While some of the larger production companies have been slow catching on, there are certain movies that have proved the need for digital marketing jobs. One strong example digital marketing’s power is the fate of “The Hunger Games.” The film was produced by Lionsgate, an independent studio, and had a fraction of the budget available for “Harry Potter and the Deathly Hallows.” Despite those odds, “The Hunger Games” grossed $153 million the weekend it opened, comparable only to opening weekend of the last Harry Potter movie.

Lionsgate made this happen by looking to its target demographic and honing in on that group. The best place to reach the younger generations who hungrily read the book series was, naturally, social media. News of the film was announced on Facebook, a stage that millions of people around the world watch every day. A team focused on web development design to create interactive tours of certain settings from the movie for fans to explore. The campaign spread to Twitter with specific hashtags, then to Tumblr where a blog was built to show Capitol Couture. Once the hashtag strategy and interest in ritzy Capitol fashion were established, Lionsgate added billboards and television ads to round out the marketing efforts.

There was also a solid showing from the makers of “Paranormal Activity” in the digital marketing game. It was a relatively low-budget film, but a social media campaign calling it “one of the scariest movies ever” caught the attention of consumers. Paramount Pictures offered to release the movie early in certain theaters, but fans had to ask for it. The film kept building anticipation with a Twitter spree using #TweetItToSeeIt. Ultimately, “Paranormal Activity” grossed almost $200 million.

Movies that have social media pages can gather millions of followers a year before the film even hits the screen. Disney has recently talked about exploring short format digital marketing through smartphone applications like Vine and Snapchat.

According to Marketing Week, big blockbuster companies must realize that the game is no longer ruled by what they want to tell audiences to expect. Instead, money is made by listening to what the audience thinks is coming.

The benefits of hiring a digital marketing analyst

With digital marketing’s rise to fame on the big screen, you may be thinking about how it could work in your business. The first thing to consider is your demographic. Are your customers watching television or reading the newspaper? If not, don’t spend your marketing budget on those advertising methods. As shown by these multi-million dollar grossing films, social media is often the direction to take.

Advertising using social media and other websites is ideal because these platforms can be monitored in real-time, launch a dialogue with customers and build a community around your brand. It’s easier to garner data related to social media profiles such as followers, favorites, shares and video views. A digital marketing analyst is there to make that information relevant and valuable to you.

What to Expect When Starting a New Job and Onboarding Remotely
September 19, 2022
Go to Top