Hiring Tech Talent in Pennsylvania Without Breaking a Sweat 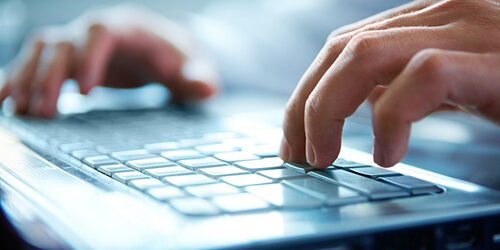 Hiring tech talent in Pennsylvania doesn’t have to be a guessing game. When you know the specifics about where you’re hiring, you can tailor your recruitment efforts to local candidates intelligently.

Here are a few things we think every hiring manager looking to recruit in Pennsylvania ought to know:

What does this data mean to you? When talent pools are shallow because of low unemployment, you raise your chances of settling on talent that doesn’t quite fit and lower your chances of attracting the best of the bunch as cost-effectively as possible.

For a state known the world over for its steel production, Pennsylvania has become a burgeoning U.S. technology haven, especially in the fields of business administration, medicine, sales, manufacturing and education. Generally speaking, companies working on hiring tech talent must demonstrate how these jobs will prepare them for the future. The same is true about Pennsylvania. Candidates today expect tech in the workplace, so hiring managers should be prepared to show them what innovations await them if they decide to sign on.

Philadelphia in particular has received a lot of national press lately for its emergence as a tech hub. The city placed among the top 20 best cities for metro startups in the U.S according to criteria from the Progressive Policy Institute and TechNet.

Entrepreneurs living and working in the area know exactly why. Philly saw unparalleled growth in its millennial population between 2006 and 2012, outpacing average national rates by twofold. Office space rentals per square foot cost a fraction of what they do in other major cities like New York City and San Francisco. To top it all off, venture capitalists have invested more than $1.5 billion in Philadelphia businesses in the last four years alone. Who’s to say how much investment tomorrow will bring. All things considered, there’s no better recipe for innovation.

(All of the aforementioned information, by the way, was care of the University of Pennsylvania, one of the many local universities drawing in bright young tech talent from all around the country.)

So what does it take to secure the technology experts your business can’t live without? Two things: a strong value proposition and an alternative perspective that counters traditional hiring practices.

Tech job candidates want longevity and job security, just like those in any other career path. But business leaders and hiring managers must offer more than a 401(k). A long-term vision for how technology will evolve within their enterprise will pique the interest of top tech talent. In this way, recruiters attract only those who share that vision and wish to see it through. For applicants to imagine a future for themselves at your organization, you need to share that future with them first.