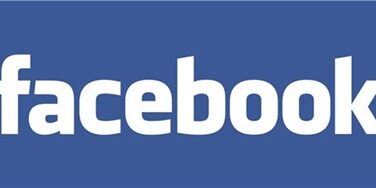 Social media has fast become one of the primary ways people are spending time online. Mashable reports that since 2006, the amount of time the average person spends on social media has drastically increased from 2.7 hours to 6.9 hours per month. As a result, companies are recognizing that social media policies are required to protect both the business and the worker, which is why more organizations than ever are hiring social-media savvy individuals to handle their brand and develop and an in-house policy and training.

However, it’s not unusual for hiring managers to see social media listed as a technical skill on a modern resume. How are they going to determine who is best suited for the position? Hiring someone with social media experience beyond simply for recreational use is the first step, according to many experts. After that, a professional and his or her management team must accurately determine why they are creating a corporate social media policy, how it will be enacted and what its purpose is.

Why is social media training important?
As of October 2012, Facebook alone had more than one billion monthly active users, Pinterest has 25.3 million users at the end of 2012 and Twitter had 140 million users as of March 2012. From these numbers alone a business can take away that its employees are engaging in social media, and lots of it! However, the improper use of the tool can get an employee or his or her employer in hot water, which is why more companies than ever are developing social media policies.

Mashable reports that even the U.S. National Labor Relations Board is now starting to issue guidelines about employee social media use policies.

“Companies should have social media guidelines and should conduct social media training to educate employees on best practices, the opportunities, the potential pitfalls and requirements when leveraging social media on behalf of the company,” Justin Levy, a senior social communications manager at Citrix, told the news source.

While it may seem surprising, often employees are uneducated about how to use social media sites appropriately, and constant updates to privacy settings can often let something private slip through the cracks and become available for wide, public consumption.

“Many people don’t understand some basics, like how to use privacy settings. There are a lot of misunderstandings around some tools: Some people, for instance, don’t realize that to participate in Facebook groups or pages you don’t need to ‘friend’ anyone. Many folks just don’t know what to make of Twitter. Training in the basics of using tools and providing solid examples of how they are being used in business can help demystify them and encourage use,” Levy told the news source.

Creating a social media policy for a business may be a multiple step process, but with the help of a savvy, skilled social professional it is easily possible.