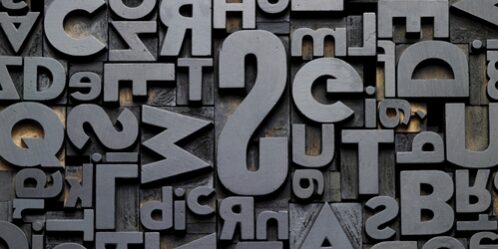 Every designer has his or her own likes and dislikes when it comes to certain color palettes and styles. But most graphic design jobs will sometimes require a professional to put aside his or her tastes and incorporate certain features in a piece per a client’s request. Whether they’ve been overused or they have a history of holding a specific connotation, these are some fonts that most designers can agree need to disappear.

The joke font of today, this style is hard to take seriously anymore. It’s best used in children’s materials, informal invitations and, as the name suggests, comic books. Any other setting, especially a professional one, should never see this font. Released by Microsoft in 1994, it was never meant to be a staple in the font library of a designer, noted creator Vincent Connare on his personal web page. After years of abuse, the style has gotten a reputation for being lax, goofy, and tacky.

The font was even the feature of a graphic design protest referred to as “Ban Comic Sans” after a client insisted on using it for a document, noted Mashable. What started as a joke quickly became a movement and even inspired songs and communities of designers. While Comic Sans may be one of the most hated fonts, it’s also one of the most famous.

Fonts that appear to be handwritten may theoretically seem like a great way to personalize an invitation or make a certain piece of information more digestible to a younger crowd, but they rarely do. According to the online community Web Designer Depot, it can seem tacky and signal personal preference over professionalism. Unless a client is specifically demanding this font and you can’t convince them otherwise, avoid using this or similar styles in your work.

As one of the most basic fonts available on almost every design software, Courier fails to add any value to content and has become a least favorite across many creative jobs. According to Top Design Magazine, it was used by the U.S. State Department until 2004, so that could be where its bland reputation was born. Over the years, it has just become a less exciting version of Arial and Helvetica.

Another one of the most hated fonts, Papyrus is heading down the same path as Comic Sans. It has become the subject of font controversy among designers and has even inspired several anti-Papyrus blogs, reported Web Designer Depot. Despite its widely shared disapproval, it’s still sometimes used by even the top marketing firms. Avatar, which was reportedly one of the most expensive films to produce, famously used the font in its promotional materials.

While it’s not exactly one specific font, an Ecofont is a program that pokes holes in other styles to optimize ink usage, according to the website Fast Code Design. Typically used per a manager’s request, the program was originally created to save ink and help alleviate the burden on the environment. However, with repeated use in budget-conscious pieces, it’s acquired somewhat of a “cheap” connotation. Plus, there are restrictions present with this feature that don’t allow using characters larger than 11 point, and it’s debatable if this is even the most ink-efficient option on the market.

Basically, there are other ways to cut costs if necessary, and your font shouldn’t be one of them. If you’re trying to remain frugal, opt for keeping drafts electronic rather than printing them. Also, use heavy fonts sparingly, as they’ll both save ink and add more attention to what you’re trying to accentuate.