Conquer Interview Questions – Answering Employers’ and Asking Your Own 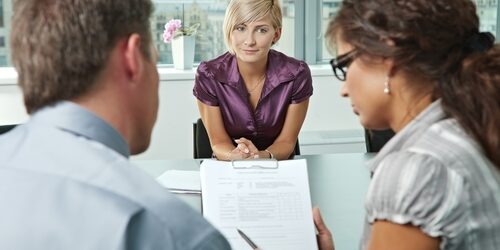 Back in the day – you know, when your grandparents would walk 17 miles in a blizzard or fire just to get to school – job interviews were a one-way street. That has all changed. In today’s world of progressive people, potential employers no longer have candidates sit there so that they can be subjected to a barrage of questions about their modern resumes. Instead, job applicants are allowed and even encouraged to pose their own inquiries so that they can determine if companies are the right fit for them. With that said, you should be ready not only to answer recruiters’ slew of questions, but also to concoct your own set, enabling you to make the best move to advance in your career.

Even though most of our society is rapidly evolving, there are some things that haven’t changed and that probably never will. One example of such consistency is HR representatives’ go-to interview questions. Granted, we have all heard about tech giant’s like Apple, and their unconventional screening tactics, which sometimes involve role-playing and other bizarre scenarios that put candidates on the spot. However, a number of employers stick with tried-and-true strategies. If you prepare to handle some of the more common questions, you are pretty much bound to ace an interview – or not totally bomb it, in the very least.

U.S. News and World Report gave the low-down on several questions that are still prime components of interviews. Even though these inquiries are nothing new, they are nevertheless difficult because they can put applicants in an uncomfortable position. For instance, one of the most awkward subjects that candidates are asked to discuss is their biggest failures. That being said, you can handle this kind of question with grace, keeping your cool composure in front of creative employment agencies’ top representatives.

“Highlight a failure and then follow up with what you learned and how you changed,” career coach Christie Mims told the source. “Interviewers are less concerned with the failure than how you handled it (you are human after all). They want to know that you are capable of thoughtful growth and can handle stress under pressure.”

The same approach applies to questions involving your weaknesses, character flaws and even professional hiatuses revealed on your modern resume – all of which are inquiries that prospective employers still seem to love to throw at applicants. By placing spinning your answers to highlight your positive qualities, you can paint yourself in a superb light and look like the ideal selection for the position at hand.

Take the reins for a change

After conquering these questions, you have a chance to take the floor, an opportunity on which you should definitely capitalize so you can gauge whether you actually want the job, especially if it’s at a startup. Mashable provided nearly a dozen questions that you should present HR reps, but perhaps the most important have to deal with the enterprise’s end game.

For example, you should make an effort to uncover the founders’ goals to see if they are something you could see yourself supporting. While you may be able to work toward just about any mission, there is another reason as to why you will want to ask everyone with whom you interview about the company’s objective: consistency. If reps across the board give you the same answer, you know that everybody is on the same page and collaborates in an effective manner, which suggests you would have a more harmonic work culture.

Additionally, you probably should inquire about a possible exit strategy. If a creative job agency would prefer to sell as soon as possible instead of fostering growth on its own, then you have to decide whether you can handle the switching of hands and the restructuring that could come with it. The only way to find this out is by asking.