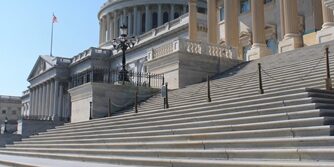 The term “net neutrality” may sound vaguely familiar, but you may not be able to explicitly define it. If you can’t, you happen to be in the majority. A recent research venture on Google consumer surveys found that 57 percent of polled American adults didn’t know enough about the term to form an opinion about this hot topic.

While this technological battle truly affects everyone who uses the Internet, digital marketing agencies can be caught directly in the cross fire between the Federal Communications Commission and Internet service providers.

What is net neutrality?

Currently, all website owners have equal access to the bandwidth coming from their Internet service provider, such as Verizon or Comcast. According to Business 2 Community, the Internet works on a first-come, first-served system where a small business’s website loads at the same pace as a major video hub like Hulu. Internet service providers aren’t able to block content from competitors or delay the streaming speed of any site in particular, meaning everything streams at relatively equal speeds.

The end of net neutrality would bring about a two-tiered system of streaming speeds: normal and what Search Engine Watch calls “fast lanes.” The fast lanes will cost companies an inflated rate for premium service.

One of the more concerning factors is that ISPs will be able to slow the speed and bandwidth of any web page at any time. This can be used to deter traffic away from a particular news site or rival company.

The effects on businesses

It’s easily assumed that marketing budgets increase with the size and success of a business. Entrepreneurs may have very little money allocated toward marketing while multi-billion dollar companies have entire teams dedicated to the task. Because of this inequality, the larger firms are at an advantage to pay for “fast lane” streaming speeds.

While that doesn’t completely inhibit start-ups from reaching consumers with digital ads, it certainly makes their websites less desirable for web surfers. If people spend a lot of time on websites operated by wealthy companies that pay for fast advertising, every other page will seem slower than before. According to Search Engine Watch, nearly half of consumers expect web pages to load within two seconds and 40 percent of people will leave a website if it takes more than three seconds to load.

Small businesses that have a history and an existing customer base will probably feel challenged, but not helpless. However, the inequality will create a large barrier to entry for new companies who need advertising revenue to stay afloat. Start-up companies and technology firms have begun campaigns against the FCC, according to Business 2 Community.

The future of digital marketing

Because advertising may no longer be a lucrative profit-building strategy for small companies, there will likely be a switch to subscription-based revenue.

Another factor to consider for digital marketing analysts is the current importance of SEO and Google AdWords, according to Cyber Alert. With net neutrality, websites are ranked based on content, keyword usage, and semantic linking. If certain advertisers have the ability to reach more consumers using financial power, content strength becomes less relevant. The best content in the world can’t generate business if it’s trickling toward customers in comparison to advertisements gushing from larger companies.

Ultimately, the cost of premium service for fast-track delivery will shift to digital advertising firms. Businesses will be paying more to keep their websites streaming at maximum speeds, which means those companies can charge firms more to advertise. Additionally, social media websites that operate on a free subscription system will have to pass the fast lane cost to their advertisers.