The importance of a UX strategy 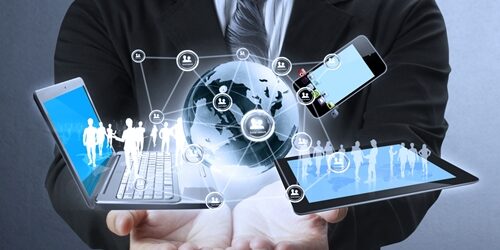 In the evolving world of digital design, the hay day of the UX designer is here. This relatively new field has come to make up all the qualities and services that are relevant to users. UX strategists work with developers, designers and programmers to create the mobile and internet interfaces that users want to use.

In the past decade, UX has gained recognition as great importance. The Harvard Business Review reports that Facebook didn’t pay $1 billion for the technology of Instagram, but for the best photo sharing UX design interface in the business and some of the best UX talent in the industry. UX design is becoming so important that some of the greatest names in consumer technology have recently battled it out in the courts. In Apple vs. Samsung, the majority (93 percent) of the property patents being debated for were related to design aspects that defined the iOS user experience.

“UX strategy is about building a rationale to guide UX design efforts for the foreseeable future. UX strategy communicates a vision, priorities, design direction, and roadmap to serve as a North Star for all of the people in an organization who are planning and building digital products and programs. UX strategy is fundamentally based on data, but also encompasses creative leaps that let teams innovate and adapt to rapidly evolving technology contexts,” said Paul Bryan, organizer of UX STRAT 2013, according to an interview for UX Matters.

Executives are recognizing the need for talented UX strategists who know their business. According to the Harvard Business Review, it’s not uncommon for corporations to now dedicate a significant sum of money, sometimes in the multi-millions, to manage and create a UX strategy and deploy it. Brand thinking has become an institutional norm in the average business world.

“UX Strategists need to have a strong background in UX design and a deep understanding of their company, its customers, and its competition. I wrote about this in a UX Strategy column for UX matters titled ‘3 Keys to Aligning UX with Business Strategy.’ UX Strategists need to have a firm grasp of their company’s goals, priorities and plans at a detailed level. They need to have a clear understanding of their customers’ interactive behavior patterns and how those patterns are evolving across various digital channels and touchpoints. And they need to understand the market context in which their digital products are competing,” said Bryan.