Creative Marketing and Advertising Campaigns to Use for Inspiration 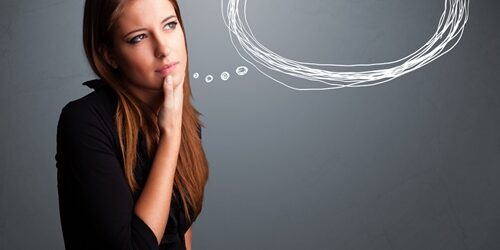 Every marketer's dream is to be the mastermind behind a viral campaign, partially due to the media's glorification of the line of work – for example, shows like "Mad Men." However, these dreams are also a result of the natural excitement that comes from seeing the fruits of your labor enjoyed and shared by the public. One of the greatest parts of every marketing job is being able to see the finished project that you worked so hard on.

The following creative marketing and advertising campaigns are some of the most innovative ones to reach the public. Let them inspire you to create some of your very own.

You have likely seen the solemn, heart-wrenching campaigns from the ASPCA highlighting abused and abandoned animals who need your help. While those can be effective, those campaigns also project a negative stigma of animal shelters – and that concept works against their business, in a way, noted Entreprenuer.com.

"The most common reason people won't come to shelters is because they feel it would be depressing – an expectation created by that sort of marketing," the Humane Society Silicon Valley's social media manager, Finnegan Dowling, told the source.

It was because of that unintentional stigma that made "Eddie the Terrible," a campaign crafted by the Humane Society Silicon Valley, so effective. What began as an ironic blog post about the reasons why people should not adopt a feisty Chihuahua quickly blew up into a viral sensation. The shelter paired it with a social media campaign and an accompanying video on YouTube and the rest was history. Not only did it generate a number of laughs and a high level of engagement, but it also fulfilled the end goal: Eddie the Terrible was adopted. Local news sources even picked up on the heart-warming story and ran segments on it.

Other campaigns are more focused on using consistent, bold graphics that grab viewers' attention. The Absolut bottle campaign used design alone to reinforce the brand. Each advertisement showed the drink "in the wild," and traced the shape of the classic Absolut bottle in ordinary objects, like cars sitting in traffic and a door in an entranceway. Keeping with brand, the Absolut bottle campaign now goes down as one of the century's biggest and most recognizable campaigns. According to HubSpot, it is the longest uninterrupted ad campaign in history. It ran for 25 years and consisted of over 1,500 ads.

"Simple, consistent branding can be quite impactful."

The repetitive branding seemed to be effective. HubSpot noted that before the campaign, Absolut only owned 2.5 percent of the vodka market. When the campaign ended, the brand owned half of all imported vodka. The numbers show just how impactful simple, consistent branding can be.

Hear What You Want – The Beats by Dr. Dre

Whether you are getting prepared for a big game or working away at the office, you might listen to some music to get you in the right mindset. That was the concept behind a popular campaign advertising The Beats by Dr. Dre, according to Forbes. It showed Kevin Garnett, a professional basketball player, wearing the luxurious headphones to get in the zone for a game. With the help of some high-quality headphones, he was able to tune out everything that would hurt his performance, and instead listen to what he wanted. The "hear what you want" campaign was so effective and impactful because it can appealed to people across all professions and interests. Studies share, professionals in all industries and lines of work are said to benefit from listening to music during any type of work.