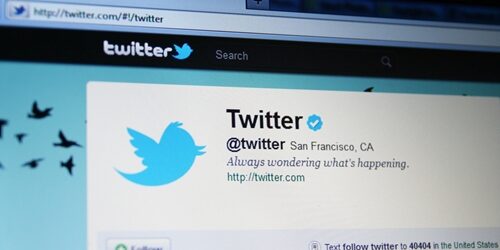 We've all heard some rendition of the quote that "there's no such thing as bad news." As marketers with a modern resume, we know that phrase is not entirely true. Bad news, or more specifically, a bad social media review, can cause a dark cloud to appear over a brand's image. This is even more worrisome considering the recent release of a study that claims negative Twitter messages are contagious – like a disease.

The American Council on Science and Health and researchers at Penn State University collected tweets with vaccination-related keywords during the 2009 H1N1 scare. Mashable reported that tweets conveying negative sentiments were more likely to spread than positive ones.

However, some social media experts are much more cautious about taking the results of this study as fact.

"For us to make decisions about how things are being used on Twitter generally based on just this one study would be a mistake,"  Sree Sreenivasan, the chief digital officer and social media professor at Columbia University, told the news source. "I'm not calling into question this study, I'm calling into question extrapolating all negativity on Twitter in general."

After all, social media users are very conscious of how they are viewed by their peers and no one wants to be viewed as a negative Nancy. The New York Times reported that good news can spread faster than bad news if it is marketed the right way.

"The 'if it bleeds' rule works for mass media that just want you to tune in," Jonah Berger, a social psychologist at the University of Pennsylvania, told the news source. "They want your eyeballs and don't care how you're feeling. But when you share a story with your friends and peers, you care a lot more how they react. You don't want them to think of you as a Debbie Downer."

People are excited to share positive news on social media sites. The study that Berger contributed on found that, overall, social media posts and sharing were more inclined to be positive news than negative. By tracking the success of various stories, both negative and positive, researchers were able to see how far and wide they spread. Positive news stories like people visiting New York City and falling in love traveled far and wide across the internet, while sad stories like those about the death of a popular zoo keeper was shared less.

"You'd expect people to be most enthusiastic and opinionated and successful in spreading ideas that they themselves are excited about," said Dr. Falk. "But our research suggests that's not the whole story. Thinking about what appeals to others may be even more important."