Are celebrity advertising endorsements worth it? 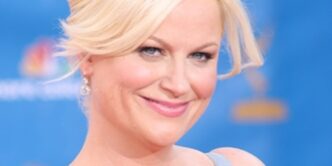 With a growing amount of ads in the digital space, celebrity endorsements are carving out a significant role. Ranging from serious topics like the Society for the Prevention of Cruelty to Animals’ ads with Sarah McLachlan to funny cameos from Jennifer Aniston for Smart Water, celebrity ads are everywhere.

However, is this advertising strategy worth it?

Inc. Magazine reports that Maarten Schellekens, a senior marketing director at Acer, claims that the name recognition can sometimes be worth the cost of hiring a celeb. But, it’s more than just the name and face a brand must be after. The trick is to successfully link a celebrity to a brand or product and to ensure that they are the right brand image.

Acer recently used actress Megan Fox in an ad campaign that had more than 4.3 million views on YouTube as of January 17, 2013. According to the news source, it was her fame and willingness to throw caution to the wind and roll with the comedic energy the brand was hoping to attain that made her a good fit.

“Don’t just hire an A-lister to get eyeballs on your brand,” Schellekens told the news source. “Formulate what you stand for, and develop a script around that message first. Be explicit about your brand positioning.” In other words, hiring a pretty face to sell a gizmo rarely works, he says.

The Parks and Recreation Star wowed audiences during her performance with fellow comedian Tina Fey at the Golden Globe Awards. Poehler is expected to lend her credibility to the brand as it tries to reinvent itself.

“Amy Poehler’s Golden Globe performance left us all wanting to see more of her,” said Scott Durchslag, senior vice president of digital and marketing for Best Buy and president of BestBuy.com and e-commerce, according to the news source. “We are thrilled to feature her in our commercial this year and bring the public another dose of her unparalleled humor. We know people have high expectations for these ads, and Amy delivers a whole new dimension of entertainment.”

Both execs for these commercial technology brands claim that celebrity endorsements can work. However, it is important for marketing professionals to ensure that the A-lister they are looking for can add to the existing brand image.

Another key strategy is to choose a celebrity with a particular connection to a region. Sometimes smaller celebs who are big in a community can have a greater impact than larger national names. DC staffing agencies are often looking for advertising account managers who know the area and the people and brands that have a real connection to the region. Consider the merits of this strategy next time a brand is looking for a fresh face to attach itself to.