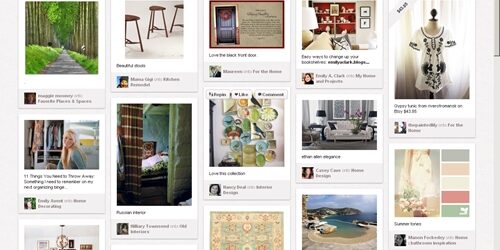 The digital image social networking board known as Pinterest may not seem like marketing gold for companies that are not in the do-it-yourself, fashion or food industries, but it can offer any business certain marketing benefits. Pinterest often helps brands by facilitating the creation of referral traffic, high-quality leads, sales conversions and repeat purchases.

As a digital marketing manager, you know that an aggressive approach to creating and cultivating an online presence on Pinterest can help business-to-business and business-to-consumer companies build brand engagement, and this is presented in your modern resume. Pinterest is designed to allow users to save and go back to their favorite companies, ideas and products, and it’s hard to ignore the potential of this platform, which has grown from 7 million unique users in December 2011 to 20 million in April 2012, according to We Are Brand Social. As the third most popular social networking site in the United States in terms of traffic, this site offers businesses a way to advance their respective brands. Pinterest users are often retained for the long haul and engaged – almost two-to-three times more efficient than Twitter was at the same time in its development history.

People love to compete in social situations and the chance to win something in return. Creating a contest could help you spread your brand and products far and wide across the internet. According to the Social Media Examiner, over 80 percent of the pins on Pinterest are repins – this demonstrates the “virality” of the social network’s community. People who share your content to their friends or followers are boosting how your brand resonates on almost a six degrees of separation principle. Every time a pin is repinned, it is being shared to an even greater network of people, which means that almost any piece of content is within six degrees of separation.

Pinterest contests can help a business achieve success
Pinterest competitions allow a brand to not only spread awareness about a product, service or the organization itself, but it also helps a company collect customer information, preferences and feedback. Many companies have already experienced the benefits a Pinterest contest can bring.

For example, Jetsetter, a travel destination company, created a Pinterest competition that encouraged users to create “the ultimate destination pinboard” from April 22 through May 6, 2012. To be eligible, boards needed to have the phrase “Jetsetter Curator” in the name and each pin was required to have the hashtag #JetsetterCurator.

“Pinterest is the perfect platform for Jetsetter’s photo-driven [content],” Jonathan Goldmann, social media manager at Jetsetter, told Mashable. “While Jetsetter focuses on inspiring vacation ideas and providing insider deals for the immediate future, Pinterest helps users store and organize inspiration for an aspirational trip … Pinterest is travel research at its best and most enjoyable.”

Jetsetter and a panel of outside judges were in charge of choosing a winner in each available category. Mashable reports that the winner received a three-night stay at a Jetsetter destination pertaining to the category they were selected for, and sites included Miami, Los Angeles, Belize, Turks and Caicos. The most followed Jetsetter Curator board received $1,000 in Jetsetter credit as well. The success of the campaign was seen in the numbers – more than 1,100 people tried to win a trip with an average of 40 images per board – that’s approximately 50,000 pins. Referrals as a result of Pinterest increased 100 percent and page views increased 150 percent. The company saw the number of its followers jump from 2,000 to 5,300 by the end of the campaign.

“The overall goal of our Jetsetter Curator contest was branding, quality content generation and engagement with members,” Goldmann told the source. “We wanted to build an engaged community of travel curators on Pinterest. When people think ‘travel’ on Pinterest, we want them to think ‘Jetsetter.”

The importance of identifying customer demographics for a Pinterest contest
To experience true success with a competition, a brand will have to work to identify the customer demographics most likely to participate. By doing this, a company is likely to experience less of a bounce back rate from its website because the right customers are visiting the site. Brands that largely target women are in luck. The social networking site claims that anywhere from 72 to 97 percent of its user base is female, reports Forbes. Now, that doesn’t mean that every user on the social networking site is a girl, and the percentage of male users is growing, but it’s an important factor to remember. Brands looking to expand their appeal to a more general demographic could find the social networking site an appealing tool.

A company can’t just build a competition and rely on a cool prize to achieve results. The campaign must be optimized, published on other social networks and shared with customers to better spread across the internet. Consider the merits of a Pinterest contest for spreading the word about your brand.