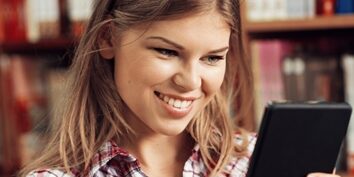 The proliferation of smartphone technology is not only changing how often we are connected to the internet and the world at large, but also how we are viewing media. The consumption of mobile ads is set to make the internet surpass print in terms of global ad expenditures. Businesses are investing in mobile and digital ads more as it becomes apparent that people are consuming media in this medium more than say print, which used to rule. As a result, companies are turning to the skilled personnel found at an IT employment agency to provide the right type of integration between ads and lead generation and contact efforts.

Digital ad revenue takes off
A recent report from ZenithOptimedia has found that global ad spending in 2013 will reach an estimated $503 billion by the end of the year – an increase of 3.5 percent. The percentage of this ad revenue dedicated to the purchase of digital space is an increasingly large piece of the pie. The U.S. has the largest single ad market in the world and digital in 2013 will make up 21.8 percent of all ad spending during the 12 month period. That 21.8 percent equates to $109.7 billion in spending and is up from 19 percent in a year-over-year comparison.

More and more people are spending time consuming media on mobile devices. The screens are getting larger on smartphones for that very reason. Tech Crunch reported that as tablets and smartphones begin to make a larger portion of the market share in internet activity, brands will begin to feel more comfortable placing more of the year's ad budget on digital efforts.

Mobile ad revenue set to increase in the near future
Mobile continues to lead the way in terms of the most growth in advertising. According to the study, mobile ad revenue grew by 81 percent in 2012 – more than just a steady clip. However, recent numbers have shown that the rate of growth has slowed slightly during the first half of 2013 to 61 percent. The rate of growth is expected to continue to decline as its adoption is considered less a new trend and more the norm, reaching 53 percent in 2015, when mobile will make up about 8.4 percent of all ad spend.

"After years of hype, mobile advertising has finally arrived. Its importance will only grow over the next few years as advertisers and agencies get to grips with the opportunities it offers, and improve its ability to measure and deliver return on investment," Tim Jones, CEO, North America, ZenithOptimedia, said in a statement, according to the source.

The adoption of tablet use set to boost mobile ad sales
The sale of mobile ad space shouldn't surprise anyone as recent studies have predicted that the sale of mobile gadgets like tablets are set to surpass those of PCs by the end of 2013, reported IDC.

"What started as a sign of tough economic times has quickly shifted to a change in the global computing paradigm with mobile being the primary benefactor," said Ryan Reith, Program Manager for IDC's Mobility Trackers. "Tablets surpassing portables in 2013, and total PCs in 2015, marks a significant change in consumer attitudes about compute devices and the applications and ecosystems that power them. IDC continues to believe that PCs will have an important role in this new era of computing, especially among business users. But for many consumers, a tablet is a simple and elegant solution for core use cases that were previously addressed by the PC."

Mobile adoption is growing at an incredible pace as companies that have dominated this sphere like Apple have proven to the mass public that tablets are the future and offer significant benefits in comparison to traditional laptops or desktops or mobile phones. Even doubters are changing their tune about whether tablets offer a substantial difference in user experience to keep a significant part of the consumer technology market share. Breaching the gap between smartphones and laptops, this technology is proving to be a powerful tool in business and educational settings.

IDC reported that tablet shipments are expected to grow 58.7 percent year-over-year in 2013 reaching 229.3 million units, up from 144.5 million units last year. As the usage of mobile technology continues to grow, it's not surprising that ad revenue dedicated to this medium will also increase.

ZenithOptimedia's analysts have reported that mobile is growing seven times faster than desktop Internet spending, with mobile ads growing by 77 percent in 2013, 56 percent in 2014 and 48 percent in 2015. This is largely driven by the rapid adoption of smartphones and tablets. Globally, internet advertising will grow at an average of 10 percent each year.