The pros and cons of Windows 8 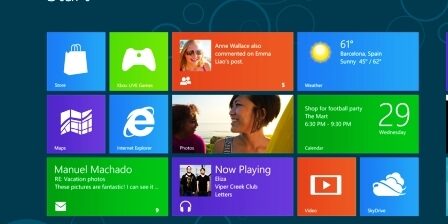 For tech geeks, consumers and businesses across the nation, the launch of Windows 8 was one of the most anticipated releases of the year. It has been over three years since the last installment (Windows 7) and with the rampart development of the tech industry, many people were wondering just what this product could bring to the table.

Pros of switching to Windows 8
Windows 8 is the first desktop operating system that fully supports mobile computing. It’s considered a bold step in the tech industry, however, both average consumers and business professionals are excited to flesh out how successful Windows has been to integrate desktop functions in mobile technologies. A review from the experts at Tech Republic claims that the common user experience across multiple devices will help promote the merger of the tablet and PC market. In addition, work efficiency will increase as the transition time from switching between multiple devices and operating systems will decrease.

Microsoft has also released its own specialized App store with Windows 8, which will help developers provide a central hub to distribute from. In addition, app developers should only have to know commonly used web scripting and formatting languages like CSS, JavaScript and HTML5 – improving the efficiency of in-house and mass distribution of company application systems.

For developers, the switch to Windows 8 could make integrating the use of staffing software across multiple platforms – mobile and desktop – less of a hassle.

Other key positive attributes of Windows 8 include the Windows To Go option, which allows Windows 8 to run from a USB drive even if an older operating system is installed on a device.

Cons of switching to Windows 8
Developers may find that there are a number of characteristics of Windows 8 that may cause minor headaches. The lack of a traditional start menu for one, could cause problems. It takes time to acclimate – requiring that workers may need training. While revolutionary, the many changes to the traditional operating system will take getting used to – it is an investment.

Most of all, on a more technical standpoint, the hardware required for properly taking advantage of all the features of Microsoft 8 will mean companies will need to upgrade. The touch interface is an exceptional tool that can cross over from desktop to mobile applications – if standard-issue applications can appropriately use the touch screen option. IT employment agencies are working now to place individuals who are on the cutting edge and creative at deploying the operating system and integrating key business programs seamlessly.