Web design trends that will dominate 2014 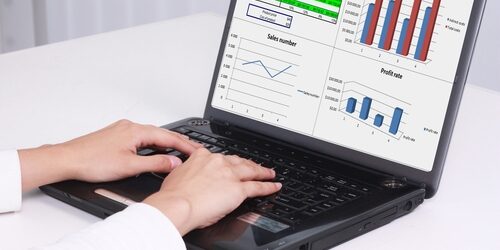 When it comes to marketing, there’s no better do-or-die aspect of a company’s design than its website. Meant to be a potential customer’s portal to the company’s branding, business and information, a poorly-designed site can sink companies’ chances or build their reputation before they even directly make contact with clients.

One of the most important aspects of website design in that respect is keeping up with trends as much as possible. Consumer preferences and attitudes can ebb and flow almost instantly, making the ability to remain current vital in continuing to attract viewers over time. By keeping track of future design trends for better marketing purposes, this problem can be a thing of the past and can help designers better prepare their skills when looking toward working at a creative employment agency.

Flat design
According to Marketing Tango, web designers’ efforts to redefine the modern two-dimensional screen by using false 3-D components of website design are no longer popular among computer and smartphone users. Instead, flat design, which embraces the concept of only two dimensions, has become the new standard for web design. Minimalist interfaces, solid blocks of color and strong lines are some of the recommended aspects of this design that will appeal heavily to viewers. When creating or updating websites, ensuring no shadows and no gradients remain are additional approaches that follow this train of thought.

Parallax scrolling
For companies that use animations in their designs or advertisements, taking advantage of parallax scrolling is another key feature that will dominate web design in 2014. It allows designers to take control of objects’ depth, giving much more freedom of movement and spacing. By combining parallax with new focuses on HTML5 and CSS3, this cosmetic tool can impress users, drawing them into the additional features of your site.

Single-page design
While the speed of the Internet is light years ahead of where it has been in the past, users will still become quickly frustrated if the page they’re using frequently needs to load and re-load all of its components. Commonly used in accordance with parallax scrolling, single-page design is exactly what it sounds like – new website formats allow for the shell of the page to load initially, with all other content loaded on top of the frame.

The less obtrusive a website’s design is, the less likely a user’s attention will be drawn away from it – as a result, this trend will likely improve user retention rates and even business and marketing opportunities with time. The free-flowing design of many websites in this vein will further appeal to consumers while removing clutter that’s common on all too many pages.

Large buttons
According to Gov Delivery, users who have to struggle with a website’s layout will frequently turn to other options. One of the foremost complaints on many users’ minds will likely be that buttons are too small, or too difficult, to adequately or accurately control. Whether they’re on a laptop or a smartphone, users will want easy access, which is why big and functional buttons are one of the biggest demands in web design. Not only will they make customers feel more at home and less frustrated, but their advertising skills will draw more people to your website and more business along with it.

Simplified design for mobile access
Whereas simply having a website used to be enough for many businesses to stay relevant, simplicity is needed to stay relevant. Nearly 40 percent of all Internet traffic comes from mobile devices like smartphones and tablet computers, according to MarketingLand, which means having an accessible website, free of design quirks that inhibit active use, is absolutely vital for online marketing reasons.

If a website is built in Flash or another programming type that makes things all but impossible to transition into a mobile format, building a second version specifically for mobile users can be just as if not more effective. Showing reverence and effort toward users’ preferences is a sure-fire way to appeal to their interests, drawing their attention.

Varied colors and typography
To add a final layer of originality to the proceedings, web designers are turning away from simplified and understated designs and toward flashier aspects of the color wheel. Neon colors, including blinding yellow, hot pink and reflective green, are making a comeback to draw users’ eyes, and their dormant nature from the last few decades makes their use both new and retro-popular at the same time.

At the same time and in the same respect, traditional and cohesive font choices are quickly going out the window. Instead, mix-and-match typography reflecting multiple fonts on the same page will soon be en vogue among designers. If it’s possible to build and design a website revolving around fonts that reflect a company’s brand, customers will respond to their connectivity. It’s recommended that when starting out with this trend, instead of going wild with fonts, one strong font in each typographical category of a development will be the most successful approach to this aspect.