Where are the highest paying information technology jobs? 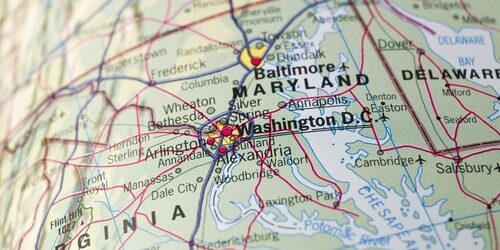 Where are information technology pros getting the highest salaries? The answer could make you rethink where you’re intending to look for your next job.

Forbes reports that California’s Silicon Valley, not surprisingly, tops the list of metros that offer the best-paying jobs for information technology workers with an average annual salary of $101,000. However, this salary is down from $104,000 for the previous year – a 2.8 percent decrease. Scot Melland, CEO of Dice Holdings, attributes this dip to the focus being paid to hiring new college grads.

More experienced professionals should consider job hunting in the mid-Atlantic with the help of a IT job agency. According to Forbes, the Baltimore and Washington, D.C. metro areas come in second for average annual salaries – representing an increase of 3.8 percent from 2011 to 2012.

“There is more demand for technology skills than other areas and it’s growing,” Melland told Forbes. “Especially if you’re willing to relocate and go where the jobs are, there is terrific opportunity in this market.”

One of the primary reasons for the rise in information technology jobs in the mid-Atlantic region is the presence of giant defense contractors, according to Forbes.

Jobs that are thriving in this market include, but are not limited to, IT consultants, data engineers and security analysts. According to CNN Money, companies are focusing on hiring IT consultants to ensure that systems are run smoothly from multiple perspectives.

Specializing in one or two very specific areas of the industry, instead of cutting a wide swath across the entire information technology sector, can help a professional stand out. Experienced specialists often can attain premium rates and get their pick of corporate jobs.