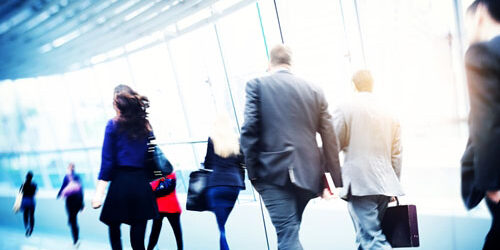 Employers are increasingly looking to hire talented and skilled web developers, and in today’s competitive economy, web development jobs can be incredibly well-paid. However, in addition to the growing demand for such positions, the cost of living in many major metropolitan areas such as New York City, Washington D.C., San Francisco and Chicago – where some of the best web development jobs are – is growing exponentially.

So how much will a web developer have to earn to live comfortably in the nation’s capital? And what web development jobs pay the most? Read on to find out.

The Cost of Living in Washington DC

Setting up shop in D.C. doesn’t come cheap. The cost of living in Washington DC for metrics such as rent, food, healthcare and transportation is considerably above the national average, although around 2 percent cheaper than in New York City, SmartAsset reported in 2018. Take a look at average costs in the following areas below: 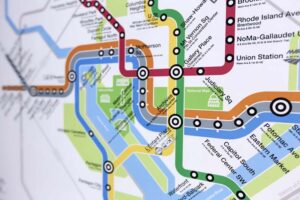 It’s clear from the above statistics that the cost of living in Washingont DC is not cheap. Indeed, according to a 2017 article by the Washington Post, the average salary that an individual would have to earn to live “comfortably” in Washington D.C. is around $80,000. This is compared to a national average comfort salary of $75,000. While there is no clear consensus on what defines “comfortable” – many people will perceive that differently – it’s clear from the statistics above that to obtain a decent standard of living in the nation’s capital you will need to earn considerably more than the national salary average.

Thankfully, for professionals in the web development field, there are a number of web development jobs that pay well enough to meet the cost of living in Washington DC. Check out the list below:

A web developer is responsible for building a website – from programming to design and development. In addition to technical knowledge and skills, web developers will often have to liaise with clients to gauge a clear understanding of expectations, so effective communication skills are also a must for this position. According to the U.S. Bureau of Labor Statistics, the 2017 median salary for Web Developers was approximately $68,000, which isn’t enough to meet the comfortable cost of living in Washington DC. However, the demand for such positions is increasing, and in high competition markets, such as D.C., Web Developers can earn a base salary of around $86,000 in D.C., according to Glassdoor – enough to meet the cost of living in the nation’s capital.

Front-End Web Developers use platforms such as JavaScript to work on a website’s interface. Demand for highly qualified Front-End Developers is growing, and in major cities, such as D.C., the position can be particularly lucrative. Glassdoor reported that the average base salary in D.C. for these professionals is approximately $83,000.

An employee in this role will deal with building the backbone of a website, typically by developing a database that facilitates the presentation of content, Skilled Up outlined. Back-End Developers tend to be adept with computer-based languages such as PHP. Compensation for the average Back-End Developer is typically generous, with a national average salary of around $75,000 in 2016, according to Glassdoor. In many cases, however, they can make well over six figures, which is more than enough for a comfortable life in Washington D.C.

The web developer recruiters at Profiles know a thing or two on what to scope out when finding top talent in the capital. Contact Profiles for your next developer job.